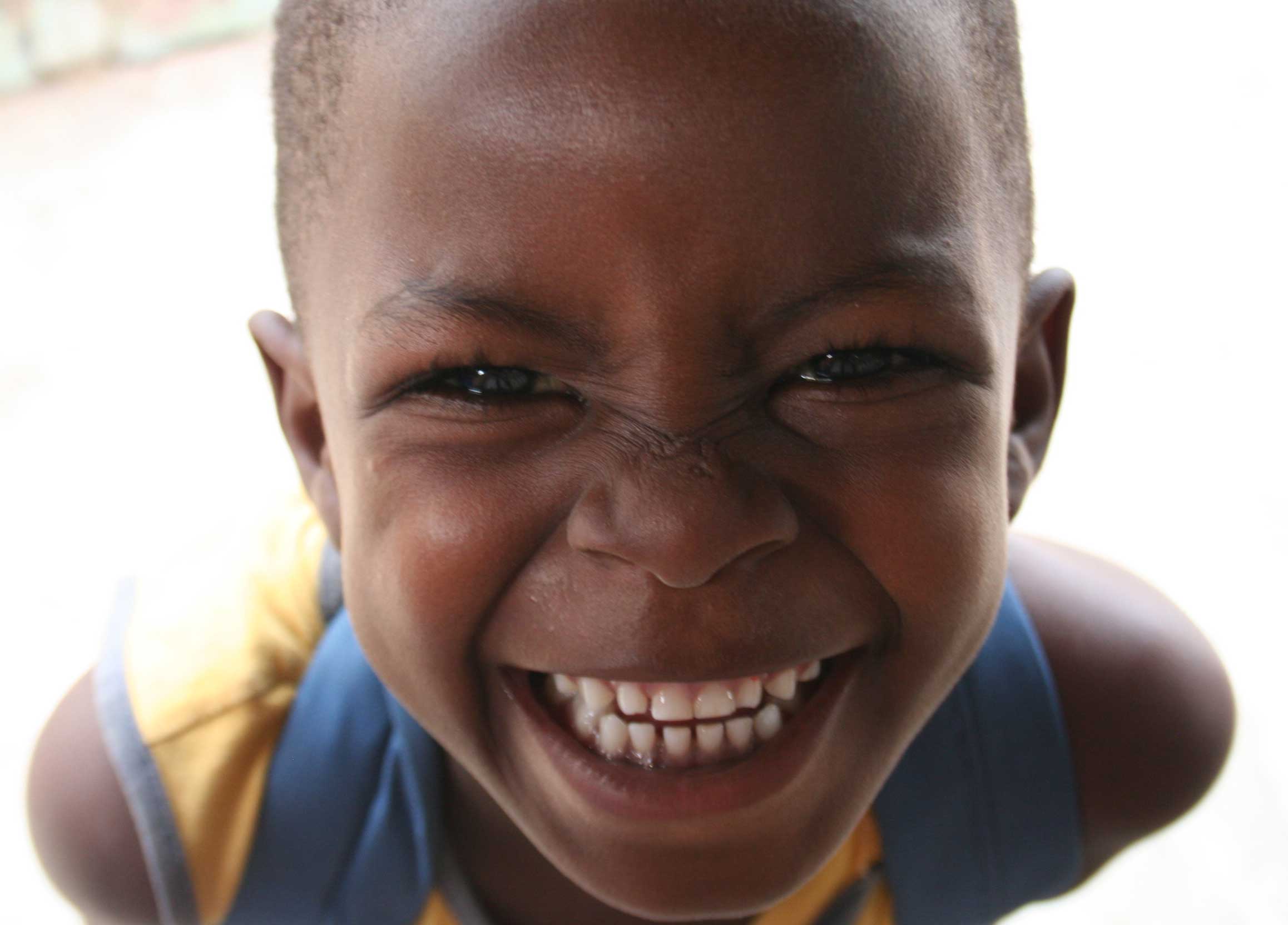 The first step towards playing is feeling personal freedom. Before we can play (experience), we must be free to do so.
Viola Spolin

Tool:   Play Elevator
from pregnancy journal
2/4/10I’m one deep breath away from a hail-storming, late-pregnancy breakdown.   I decide to take Frankie to the park because this option is maybe barely better than any other.  I’m too far into exhaustion and discontent to feel real hope that anything’ll make me feel better, but I am officially, and mind-bleachingly, bored with my own whine.  I feel like Bill Murray in “What About Bob?” when he finally gets himself onto the bus and asks the person next to him, “Hi, can you knock me out?  Just punch me in the face…”

No chance, so I waddled onto the bleachers, trying to find a way to sit that didn’t hurt.  In front of me on the basketball court Hispanic guys and girls were playing a hot, sweating, game of flirt & shoot.  They are trim, mobile and happy, everything I wasn’t.  I was too fussy to even muster the energy to loathe their lithe sexiness.

A sudden pang of longing to let a game carry me away took over my thinking.  The sweetness of the longing felt fresh.  Letting myself acknowledge the longing beneath the long-train running frustration felt like opening a window.  Focusing on the longing was life giving, whereas focusing on how frustrated I was was debilitating.

I came back to my now, my so so so pregnant-now and knew that while I couldn’t physically move all that much, maybe I could move my thoughts a little: I took out my pen and paper…

A focus wheel is a tool I learned from Abraham-Hicks, used to shift your thoughts to a better feeling place.   I made a list on the side of the page of the yucky thoughts that were gunking up my engine, and the corresponding emotions.  I could see that I’d been focusing, exclusively, on everything I didn’t want, and so of course I felt like total butt-munching ass.I began the clearing work of finding better feeling thoughts on some of the issues I was getting repetitively snagged on.  In my fussy state, it was slow going at first, to find better feeling thoughts (I was so MIRED in my fuss!) but with each, even moderately better-feeling thought, my sense of relief and lightness grew.  And a whole new world of better feeling thoughts opened up.After the the third or fourth issue to clear, I began to feel a tad triumphant..  It felt like I was sprouting wings off the tips of my fingers and those brand new wings were holding me in that tenuous, delicate life-giving new land of slightly better-feeling thoughts.

But a quick glance down at my uber-pregnant belly brought back my chronic impatience, and once again, I felt shakable and close to fuss, even though I’d done such a good job of getting clear in those focus wheels, the reality was that I’d been thinking those fussy thoughts for so long, that they were so familiar and easy to get to and these new, lighter ones were unfamiliar and easy to forget.  I knew I needed to get deeper into my happiness, to become so much more familiar with it.

But how?  I longed to shoot hoops, but was physically stuck, so I leaned into a game of deep appreciation.  I started listing things that I felt good about:  I loved on the sky, and on the cool crisp air, I loved on how I will always have a setting sun to marvel at like a portable art museum, and how the sun renders everything a work of art, then I wrote something that surprised me because I didn’t know who I was writing to, but just went with it because the urge was so strong and good-feeling:  “I want you to find me here, I want you come play with me here because I can’t get to you right now.”

I didn’t know who I was talking to. But it felt good.  It was really what I wanted to say with my whole heart.  I wanted someone to play with.

I continued on, alternating between focus wheels, and rampages of appreciation, picking up real speed.  Each release of negative thoughts, left me feeling more relieved, and I felt myself going up.  I realized something true about me, that as long as I’m happy, I’ll always have a home in that happiness, and that’s what I was doing here, on these bleachers, making my way home.

I was savoring the new feeling of power I had, to change my life experience so radically, in a few short minutes, when a little gorgeous brown boy runs past me, then backs up with a wicked light in his eye, “you, a…”  He struggles for a moment, then finds it, “you a creator?”  I nod, after the shocked pause.  He laughs as if this is the best thing he’s ever heard, then dashes off.  I’m so stunned I drop my pen.

Then a small darker brown child suddenly appears in my armpit, clutching the pen I’d just dropped.  The first boy reappears and points at the smaller one then yells at me “make him!”   I think he wants me to draw a picture of the other boy, but I feel inept, a bad drawer.  He thinks I’m a creator.  I’m not. I’m just…

He reaches over and retrieves another pen from my hair and the two start a scribbling frenzy all over my writing.  The first boy, Nana, is so intent, that as the rest of the children from the family come over (scaling fences, racing through leaves) he seems to withdraw inward into the drawing.  He finishes it and shows us the drawing of the smaller boy, Devon, a squealing sunshine of a human, and writes his name.  Then Nana begins drawing the girl, 10 or 11, named Tikea, who sailed over the fence like a superhero.  She seems uncomfortable with me and keeps punching the boys who have betrayed her by cozying up to me and no longer want to play with her.

A baby appears, from under the bleachers and seems to just wants to hurt me, and then laugh evilly about it afterwards.  There’s lots to enjoy about this tiny thing in camo overalls and sandals furiously hurling handfuls of sticks and leaves at my head.  I decide to downplay the bit where he seems to want to hurt me and scoop a pile of leaves and throw them high into the air.  They sail slowly down around us like a veil.  I am genuinely delighted and do it over and over.  I kind of forget about the other kids.  After a moment, his face softens and he speaks for the first time:  “you weddy?” he asks, giving me a solid half second before hurling leaves at my face.  I nod.  I am weddy.

Nana shows me what he’s been drawing and then explains the picture of his cousin, Tikea,  “she’s like this, all at once”  he points to his face and does a rapid fire series of lip movements.  I nod, totally not getting it.  He sees my confusion and scribbles some more.  Come to think of it, I can’t really understand any of them.  The baby seems to speak Swahili.  Finally, Nana’s done.  I am beginning to give it the same not-really-looking-but-pretending-to cursory glance I sometimes do in my life as a teacher, a survival technique in the tsunami of kid’s art I receive each day, but then I stop.

The welt of exquisite spring air, the laughing children, this perfect moment – I had finally just GOT IN, and I’ll be damned if I was going to duck out again by a silly habit of going on autopilot.  I wanted more invitations to go all the way in, fuck cursory glances! – I really wanted to see what he was showing me.  I wanted to see everything, and more than that.

He leaps off the bleachers into the leaves.  “Nana”  I let myself say out loud after he’s gone.  I like the way his name feels in my mouth and ears, nurturing like a perfect warm roll.  When he returns, he points to the notebook and says,  “make me now.”

And now there is no hesitation or room for self doubt.  I want to draw him, to play with him in this way, I don’t care if I my professors in art school would approve or not: what does that have to do with anything?  I’m beyond whatever shyness is.  I tell him he has to sit still, then I begin to trace almonds onto the page, aching for my box of crayons at home to try and capture some of his gorgeous skin color, the gold in his smiling eyes.   I get a solid thirty seconds before he’s vibrating again, with the rest of the crew simultaneously trying to hurl him off the bleachers and bully him into staying quiet for this drawing.

I notice that there’s a sense of mutual willingness to be here that seems stronger than usual. I want to say that we all sense that there is a gift present, but that’s afterwards talk.  We just wanted to be there more than we wanted to be anywhere else, in the whole wide world.  As I sketch, the act of drawing falls me in love with his wild hair; I actually sigh out loud as I draw it around his cauliflower ears.  I tap him gently when he moves, an easy, forever-knowing gesture, and I say “stop or I’ll draw you like an alien”

Suddenly, the mother’s voice, strong and herself also late-prego-tired, cuts through it all and they’re off.  The kids yell to me that their mother is also having a boy in a few days, just like me.  I struggle to stand, Nana’s name on my tongue.  I want him to have the picture, he didn’t even get to see it.  I look down at the picture, then sit back down and keep looking at it.

Sometimes I pull out the picture that was always, I realize now, just for me.  And he’s still here.  His hair curing towards the sky, his ears twitching, his feet just about to leap…

My grid for the next:

Oh, I want more willingness to let the play carry me all the way.  More softy egg willingness to be there, to Be All There.  More relaxedness.  And Thereness.

I want these things because these moments of absolute presence are my favorite on this earth.  And because there is something deeper than “favorite.”  I feel truer, and intrinsic to the beingness of the world in ways my soul craves. Lots.

hi, I am Natalie 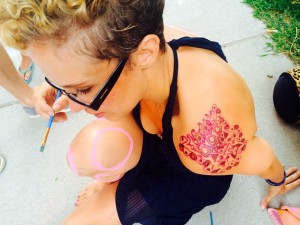 train up your joy with the gladcast 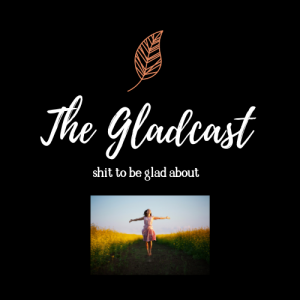 I help people recover their relationship to their Essential Joy.  And I play.  I’m glad we’re here.

Play Church is coming to you Live!